Dursley Rugby Club welcomed the Mayor of Weston-Super-Mare, Cllr Mrs Jocelyn Holder to the club on Saturday, along with the Mayor of Dursley, Cllr Neil Grecian. They enjoyed a lunch with patrons and supporters of Dursley Rugby before watching the first XV beat North Bristol 33 points to nil.

Cllr Holder grew up in Dursley before moving to Weston and wanted to return to visit the area in which she grew up. Her late father worked at Lister for more than 40 years.

Picture: the Mayor of Weston-Super-Mare and the Mayor of Dursley are welcomed by Dursley Rugby Club President John Darlaston (right) and Chairman Simon Bilous (left). 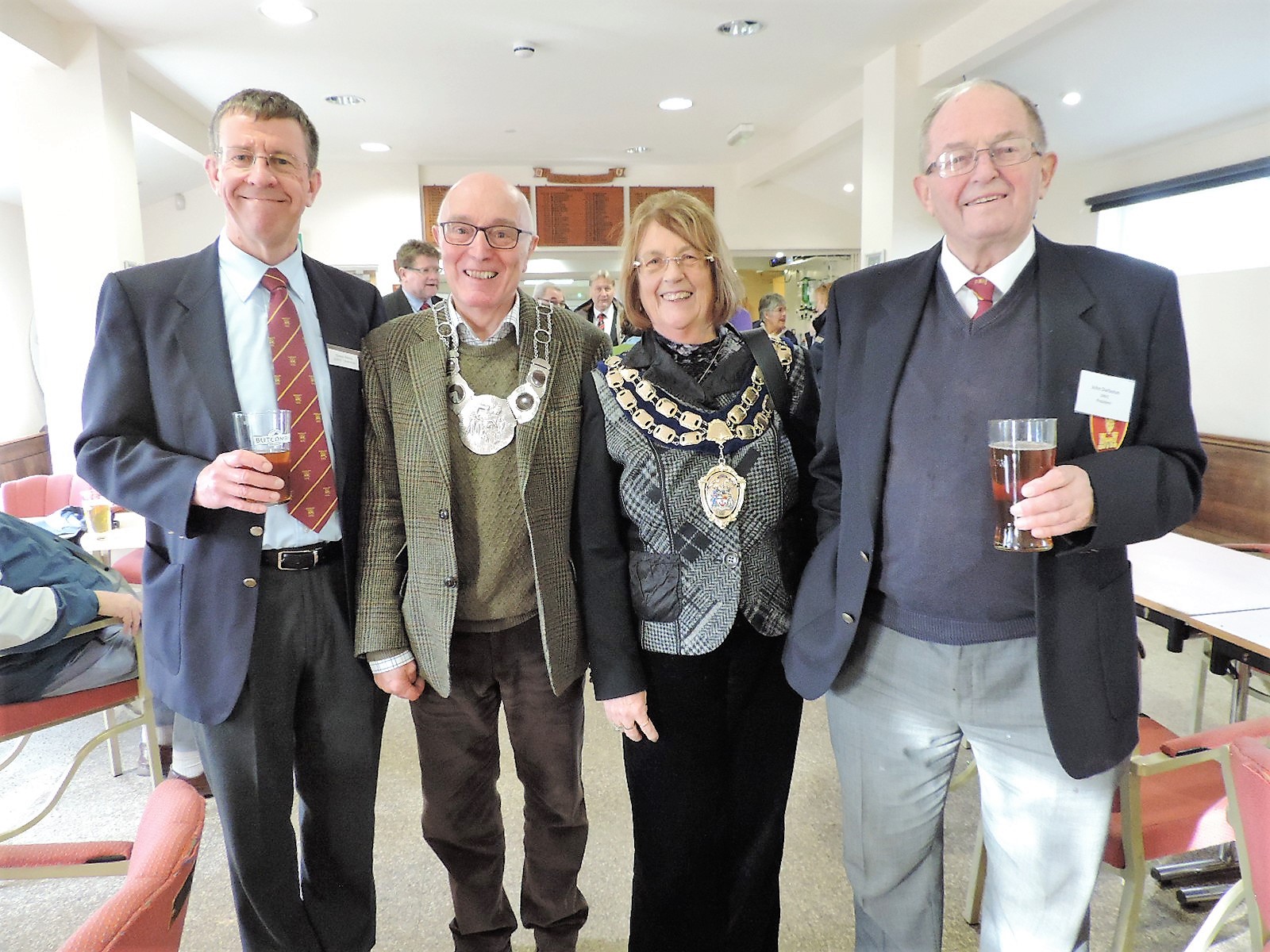