We are grateful to all those who completed our recent survey on clubhouse improvements – we had 90 responses from across all sections of the club. The new changing facilities are now fully in use and the next stage of work to improve the club will begin in the summer.

We asked you for comments on some proposals, here is a summary of your feedback and the adjustments made to the plans as a result:

Based on the feedback, the attached drawing of the old changing rooms shows what the conclusions are, and the next steps are to approach this on a phased basis as resources allow. The first jobs will be to relocate the toilets to allow the kitchen to be extended, and then to extend the lounge area during summer of 2017, and we are awaiting a quote for the costs of that work. Other phases will take place after that – we will keep you posted.

If you would like to know more, or feedback further on these next steps, or even get more involved with the project or any aspect of running the club, please do get in touch with any of the management committee. 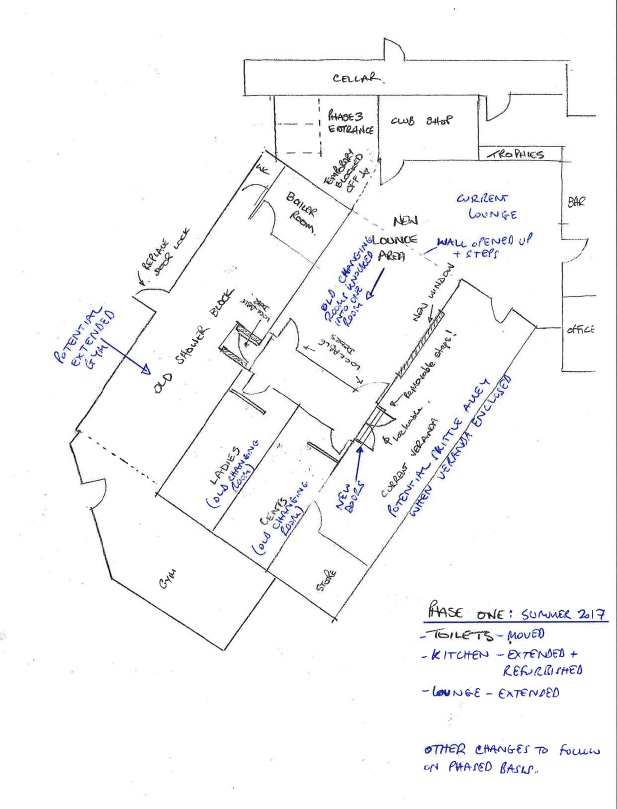