Work has begun on a £500,000 investment in Dursley Rugby Club after the Club President and Chairman cut the first sod in a special ceremony.

After a two year fundraising campaign, rugby players and members of the Dursley Running Club, came together for the cutting of the sod, to mark the building of the new changing facilities - the biggest single investment in the club’s history. 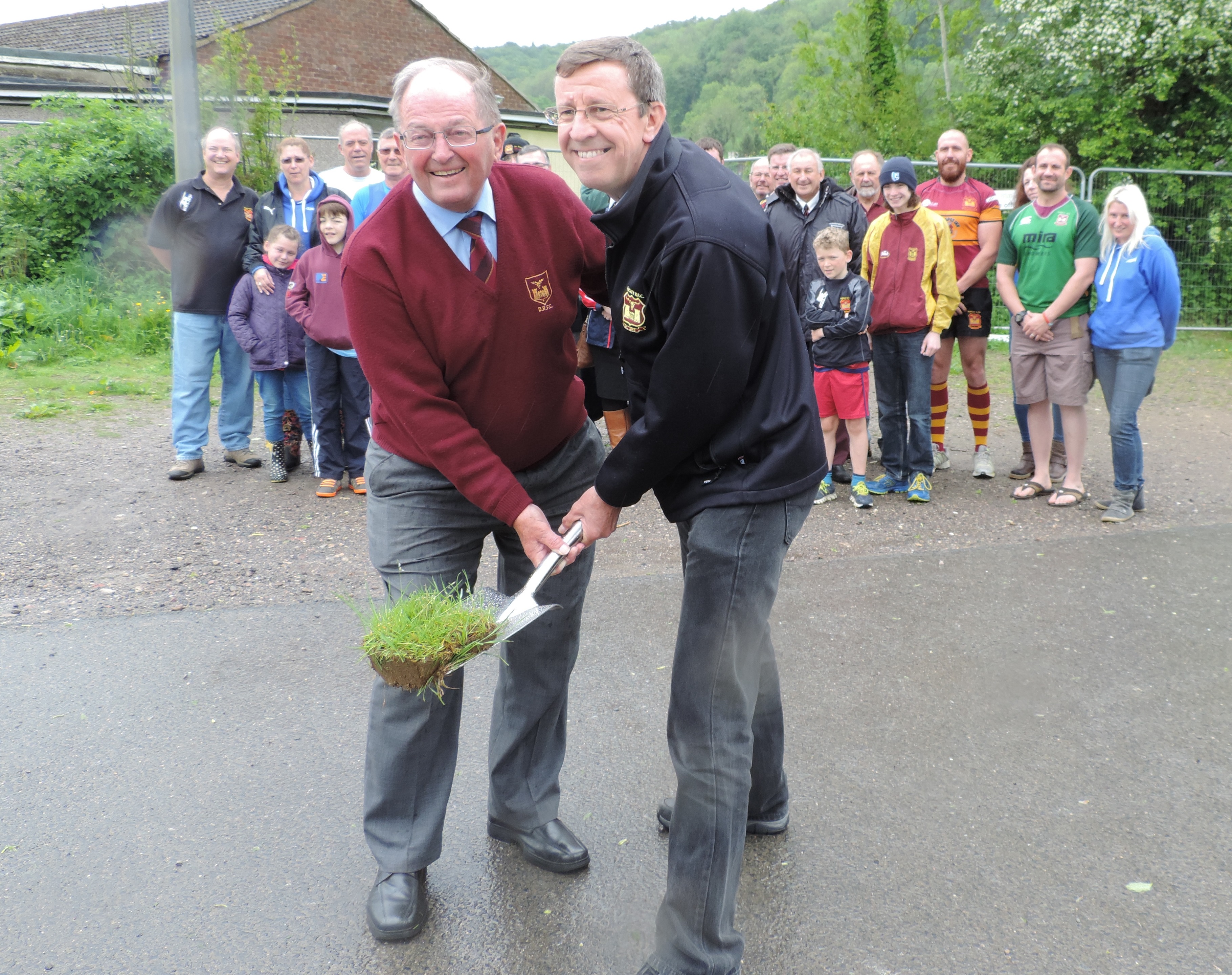 The new changing rooms will provide three times the space for the 500+ players who use Dursley Rugby Club from and offer self-contained changing and showering facilities – meaning every age group and gender can use them at the same time.

Dursley RFC Club Chairman Simon Bilous said: “It’s a big day for Dursley Rugby Club and one we’ve been planning for the last two years. Our new changing facilities will ensure we can provide decent facilities for all our members, and most importantly continue to strengthen our junior, girls and women’s teams as well as the expanding Dursley Running Club.  Our success as a club – which includes winning a hat-trick of senior cups this year and producing two England players - has out-stripped our poor changing facilities. This new building will be something the whole community can be proud of.”

The new building will be constructed alongside the existing changing rooms, which will remain in use during the build. They will provide six self-contained changing rooms, with en-suite shower facilities, allowing different ages and genders to use the space at the same time – something that can’t currently happen. Once they’re complete, the old building will be refurbished and turned into additional social space as part of the existing clubhouse.

Smiths of Gloucester will undertake the ground work preparations and the main building work will be carried out by E G  Carter Co. Ltd.

Gloucestershire County Councillor for Dursley, Steve Lydon said: “I am very pleased to have supported this scheme which will provide better facilities for all ages and in particular support young women and girls to play this great game.”

Club President John Darlaston said: “I want to thank all those people who’ve made a contribution to our fundraising and development efforts in recent years. It will be good to see the next generation of players using these changing rooms and maybe there will be another England player amongst them!”