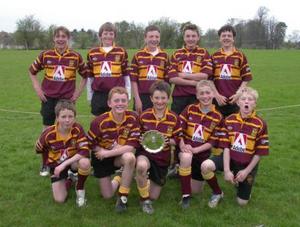 First match was against Hucclecote the eventual tournament winners, both sides contained each other well despite the extra space on the pitch afforded by sevens rugby. Hucclecote scored first but this was quickly cancelled out by Dursley. In the second half there remained little between the teams but Hucclecote were adjudged to have grounded a try before hitting the corner flag to win 10-5. Old Pats succumbed to Dursley 15 -5, whilst Bredon found Dursley too hot to handle conceding 8 tries. The final game of the pool stage saw another tight encounter between Dursley and Cirencester with both sides only scoring one try a piece.

This left the two teams equal on points but Dursley having scored two tries less were left to play in the Plate final against Bredon. Dursley once again dug deep and had the game sewn up by half time with a 30-0 lead, eventually running out 55-0 winners.