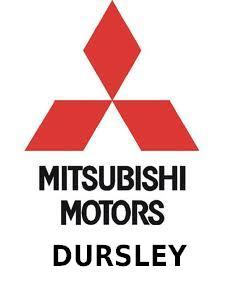 Dursley RFC have announced a new sponsor in Mitsubishi Motors of Dursley. As part of the launch package, Mitsubishi will be sponsoring the Rugby Sevens tournament at the forthcoming DRFC Summer Festival on Saturday 11th June.

At the same time Mitsubishi will be using the event to raise money for victims of the Japan Tsunami. Mitsubishi Brand Manager, Kingsley Swaine said, “As a Japanese company, we are very aware of the tragedy that unfolded on the 11th March in Japan. Nearly 20,000 people lost their lives and 1000's more were left homeless. We at Mitsubishi are dedicated to doing whatever we can to help. The DRFC Summer Festival gives us the opportunity to announce our relationship with the Rugby club and raise the profile of the charity at the same time.'
As well as the Mitsubishi Motors Dursley Sevens Tournament, the Summer Festival has events for all the family including  Live Music, Children's Sports Day, BBQ & Hog Roast, DRFC Patrons Luncheon and the DRFC Beer Festival.

Ken Eales DRFC Social and Fundraising Manager said. 'We are thrilled that Kingsley and Mitsubishi have decided to become involved in Dursley RFC. The 8th Summer Festival has developed from the previous successful Beer Festival which has become such a part of the local social calendar. We are very grateful for Mitsubishi's involvement and will do our best to help to raise as much money as possible for the Tsunami victims.'